Hadden is also named as a defendant in Tuesday’s suit. Columbia University and the NewYork-Presbyterian system are alleged to have “repeatedly and actively concealed, conspired and enabled the sexual exploitation and abuse being committed by defendant Robert Hadden” as early as 1993. Hadden, who court filings say is a resident of New Jersey, could not be reached for comment. His attorney in that case, Bill Vaslas, has not responded to multiple requests for comment. CNN was not able to identify Hadden’s legal representation in the new case. 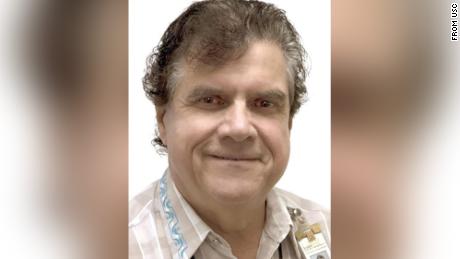 Of the 17 plaintiffs, 16 are anonymous. One accuser, “Jane Doe #16” in court documents, was delivered by Hadden as a baby, and was in high school when she became a patient of his. According to the filing, Hadden directed Jane Doe #16, a minor at the time, to “get on all fours” during her initial visit, before proceeding to “rub both of his ungloved hands up and down her body,” groping her, going on to “spread her buttocks,” and conduct a vaginal examination.

Hadden is also accused of licking patients’ vaginas on multiple occasions during purported medical exams. “This guy had no bottom,” Anthony DiPietro, attorney for the accusers, told CNN Thursday.

Marissa Hoechstetter, the only named plaintiff in the case, told CNN that after Hadden assaulted her during a May 2012 exam, she never returned to see him. Hoechstetter saw Hadden from 2009-2012. He was her doctor during and immediately after her pregnancy with twin daughters. “It’s so hard to ever admit to yourself that it happened,” she said.

Hadden, along with Columbia University and its associated medical facilities, were also the defendants in a
2017 civil suit.
The 2017 suit was filed by four unnamed plaintiffs accusing Hadden of sexual abuse and the university of failing to protect patients from it. That case is ongoing.

According to the suit filed Tuesday, a nurse who worked with Hadden at Columbia University’s Audubon Clinic walked in on an instance of abuse in the early 1990s, and reported it. The complaint says that the nurse was told to “keep quiet,” and “stay with your doctor” and not to “let him get himself in trouble.” DiPietro told CNN that the goal of Tuesday’s suit was to hold larger institutions accountable.

“These super-predators can’t exist without the support of an institution around them,” he said.

Hoechstetter agreed. “I think the institutions that employ and protect these people have a responsibility,” she said. “This is a hospital. This is where people go for care.”

A NewYork-Presbyterian spokesperson declined to comment for this story. Columbia University said in a statement, “the allegations leading to Robert Hadden’s 2016 guilty plea and the accusations contained in this recent complaint are abhorrent. Mr. Hadden has not practiced medicine at Columbia since 2012.” The university added that though it “cannot comment on matters in litigation, we stand with medical professionals everywhere in condemning this appalling behavior.”

Evelyn Yang is the bravest woman I know

Native burial sites blown up for US border wall

October 1, 2020 : The Union Ministry of Home Affairs (MHA) on September 30 has issued Unlock 5 guidelines for